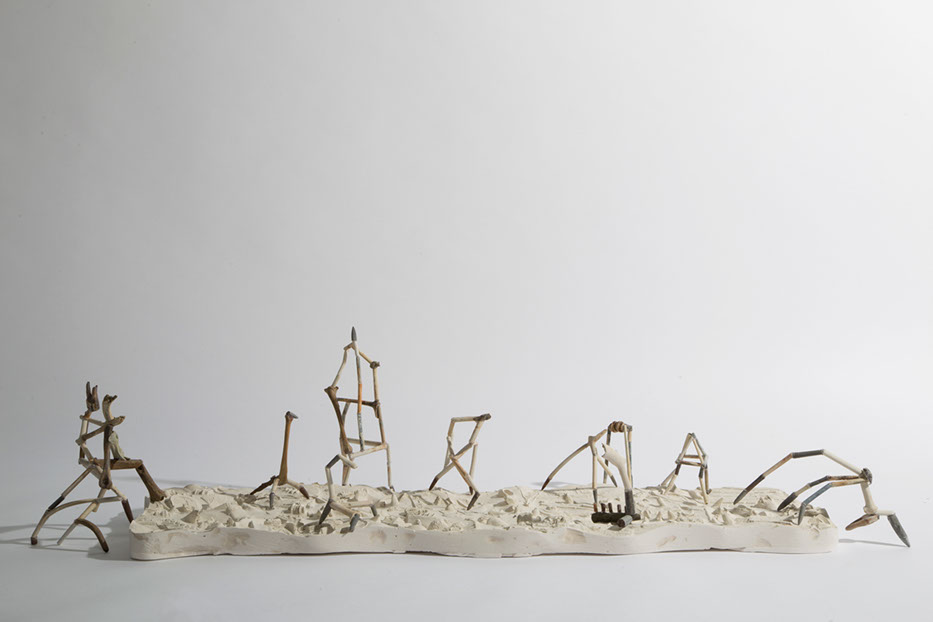 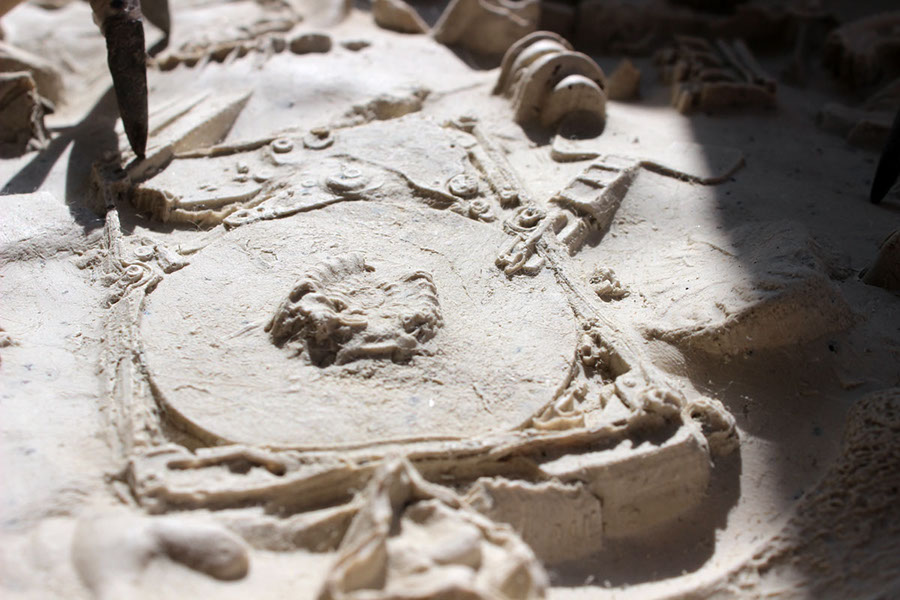 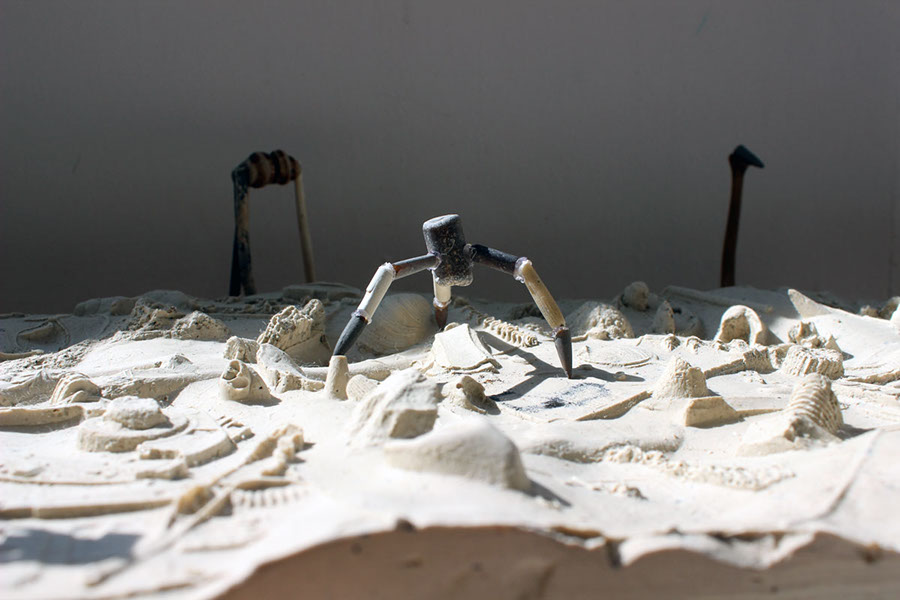 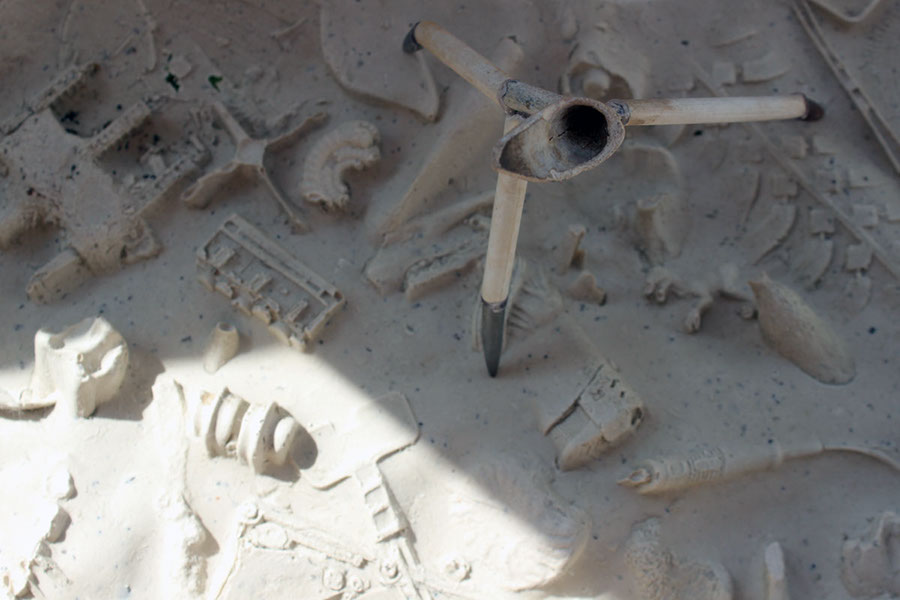 The slow permineralisation of my data and an old squid.  Collaborative sculpture (with Hester Moriarty Thompson), and poetry reading.  BAES, 2017.

and I was told it's a fourth state of matter at the edges.

and current inhabitants too.

A cluster of mussels from a far off ecosystem is spat out of ballast and latches onto an old post box.

A hermit crab settles in an aluminium shell, sharing space with the haunting flavour of fanta past.

And it gets hotter.

And it gets wetter.

Wetter with waters rich in minerals,

dragged up as traces of the epicontinental seas of another epoch.

Industrial fertiliser spray and the logistical chain that gave me a fresh strawberry,

in Peckham in February, trickle down as a resource for this algal bloom.

Slime proliferates and the sediment is suspended in viscous water,

alongside the microbeads that made it out of my body after I tried a new toothpaste.

And the ones that stay intermingle with the symbiotic colony of gut bacteria,

an alien presence amongst wholes that constitute parts.

It causes a hormonal shift.

And macrobacterial kin carries on in flesh fold on thumb knuckle,

as it dips into that slimy, viscousy, plasticy water.

The hand starts to wrinkle.

And the skin folds, like the ridges of the neocortex,

and the tectonic troughs and peaks weave evolutionary fables.

An extended phenotype of unpasteurised kimchi,

and a fleck of unwittingly consumed nail polish from a nervous nibble before reading in front of a crowd.

As those wrinkled, chipped and polished fingers dip into the slime,

they clutch at clams and broken bike locks.

And through their grip, slips more of the same.

and that flapjack wrapper I discarded on the way to the zoo of my childhood makes up the grains too.

And there they stay,

the bike locks, and mobile phones, and dead mussel casings, and clay pipes, and fossil collections, and lost nurdles.

Caressed by a plastiglomerate anaerobic slop for timescales way beyond my comprehension.

And the parts and the wholes of the slop pass through,

and solidify over millennia as a geological memory.

And once the tide drags back to an icy pole,

who inhabits this littered beach?

Will a cyborg tentacle taste the sight of my fossilised hard drive,

changing its skin colour as it reads the laser etching turned stone?